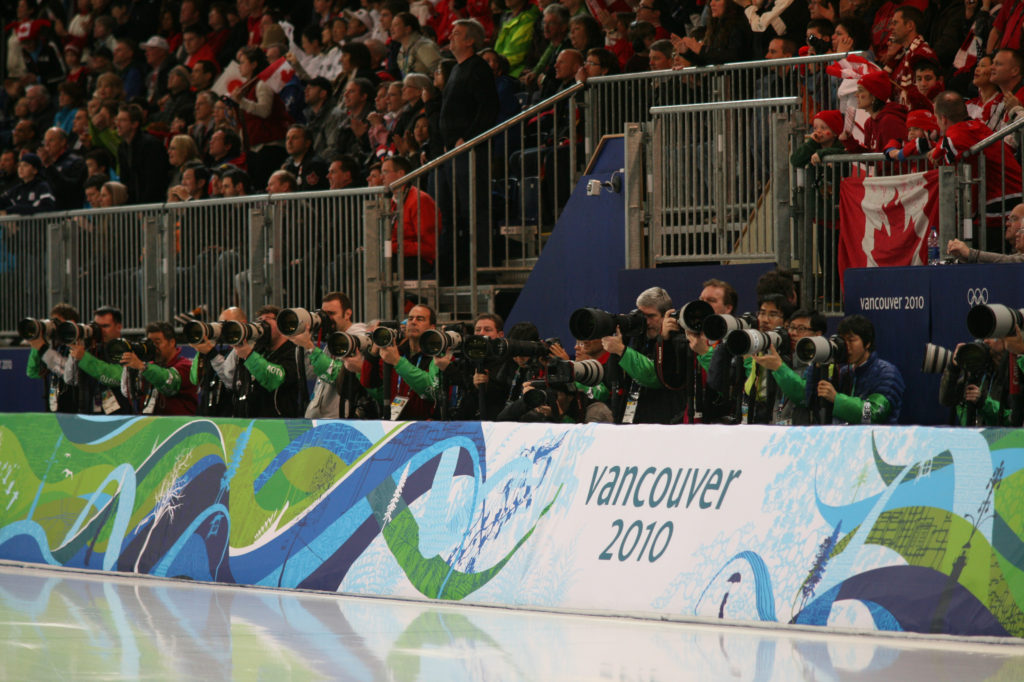 I hope you enjoyed reading Day 1 of my time at the 2010 Winter Olympics in Vancouver, British Columbia. During my second day, I go shopping at the local supermarket, find the best thing ever for my sore throat, and party on with a bunch of whales and photographers. Just another day at the Winter Olympics.

Thanks to all the folks who’ve been sending me kind messages about taking care of my throat and hoping I don’t lose my voice again.

To make sure I can still talk and yell at Olympic events, I chillaxed at the condo yesterday and drank tons of hot water and ate loads of cherry cough drops. Yes, my tongue is red, just like all the Canadian jerseys I see everywhere.

I took a sideline out of my relaxing day and went shopping at the local supermarket called SAVE-ON FOODS. I love grocery shopping in other countries. It’s cool having a little view into how other people live. It feels normal and yet, there’s always something that’s not normal at all.

Like the metric system in Canada. It totally threw me off when I bought some rice. I thought I had read the price as per pound. Of course not! They don’t use pounds here, lady!

All other developed countries use the metric system. Why doesn’t the U.S.? Why do we have to be different? And why do we still have daylight savings time? Anyway, I digress.

I found a cool new item in Save-On Foods called “Rockhoppers.” They are a bag with funny-looking penguins on the front full of echinacea and vitamin C strawberry-flavored LOLLIPOPS. Fracking brilliant. I am sucking on them like no tomorrow. I will buy a ton before I leave B.C.

Late that night, Marcus got home from a 14-hour shift (them’s the breaks when you work for the Olympic Committee) and we drove downtown to attend a Canon & Nikon camera party (you know the economy is BAD when Canon and Nikon are sponsoring a party TOGETHER) at the Vancouver Aquarium for photographers from all over the world. 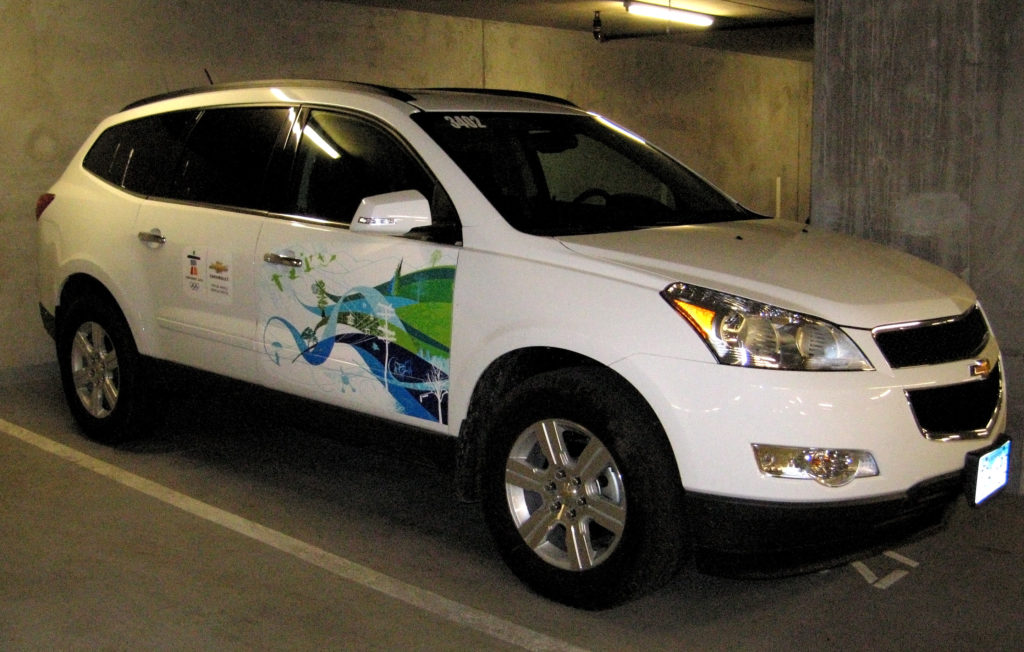 Now that was swank. Not only we were driving in the “Olympic vehicle only” lanes, but we were in this huge, bloated SUV with Olympic designs plastered on the sides. I felt like a star zooming through the streets of Vancouver. The SUV is by GM. Vancouver claims to be running a “green” Olympics. They could not have picked a less green car than that monstrous seven-seater, bigger-than-a-beluga-whale SUV.

Speaking of beluga whales, we saw two moms and two baby whales swimming around at the Aquarium. They were wonderful to watch. I could have sat there all day.

We had the whole place to ourselves. And they had more food than could feed several hundred photographers, mostly men. Even the bottom-feeders could not eat it all. I saw them carting tons of it away at the end of the night.

We piled our little plates with deep-fried scallops (HUGE ones), halibut curry, coconut rice, steak skewers, lemongrass chicken skewers, spanokotopita, mini quiches, roast beef sandwiches, and all kinds of other vittles. There were also tables and tables of different flavored cheesecakes and also carrot cake and fruit kabobs for the healthy types. Also, free booze. Too bad I don’t drink. 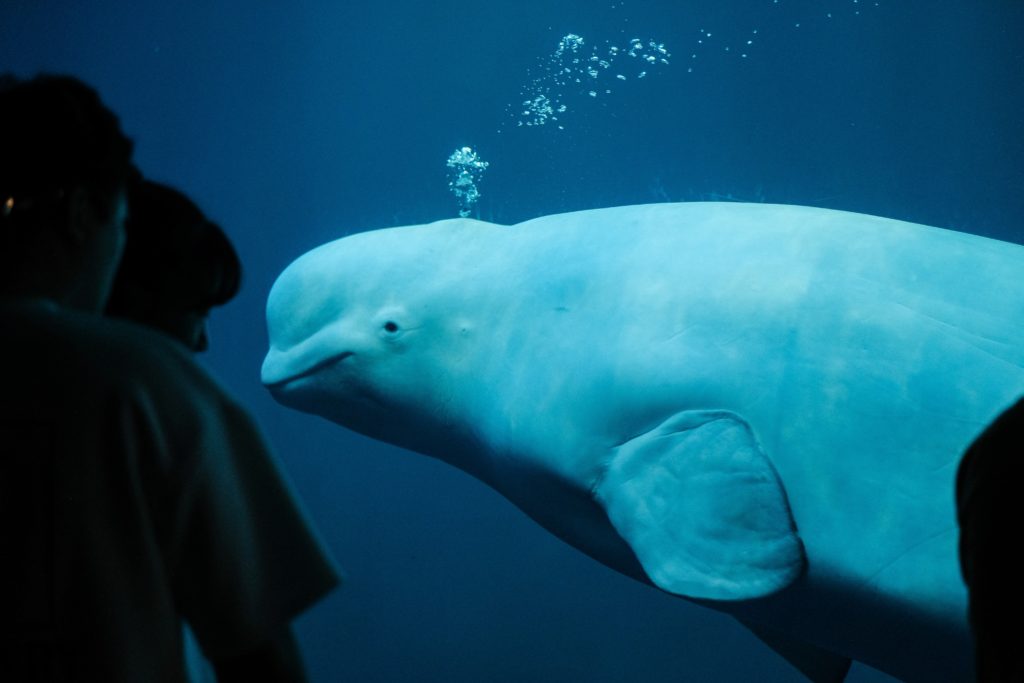 Near the end of the night, we all agreed. We wanted to be beluga whales.

Swim freely, eat all day, propogate, and have that constant little smile on our face at all times.

Living the Beluga Life. That’s what I want.

ps. You HAVE to watch the Opening Ceremonies tonight. I know it’s long but try to stay up for the whole thing or at least record it. More on the OC tomorrow.

If you could be any sea animal, what would you be?

Photos of photographers and SUV by Marcus Donner. Photo of beluga whale by insung yoon.