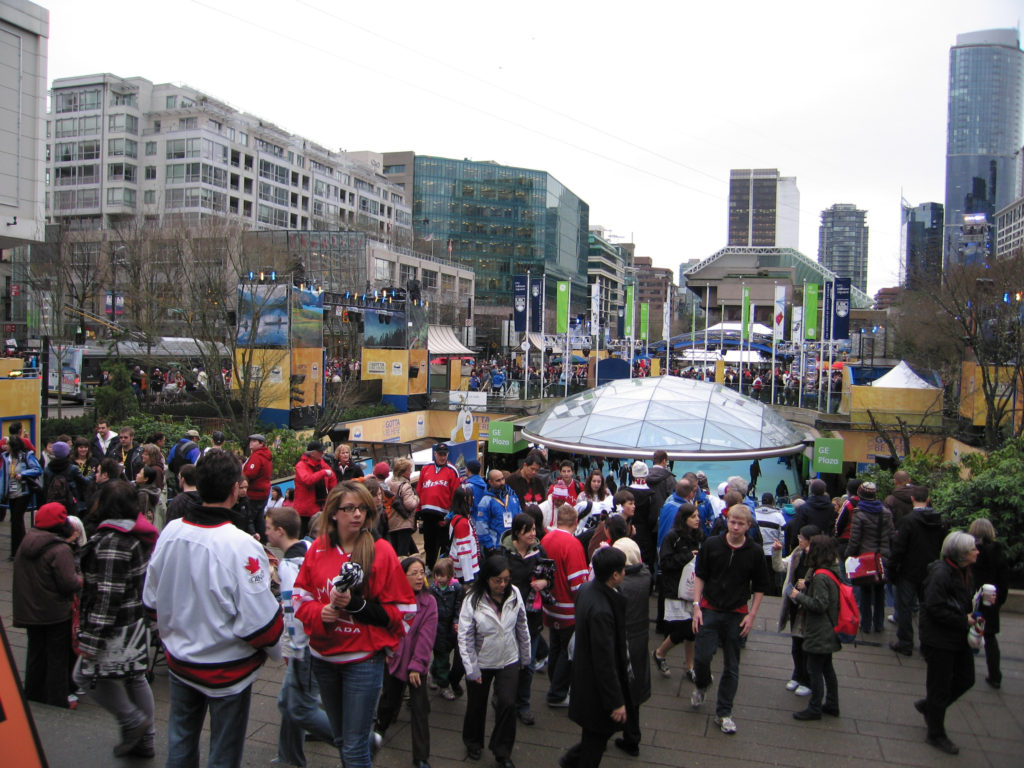 I hope you’ve enjoyed reading Day 1 and Day 2 of my time at the 2010 Winter Olympics in Vancouver, British Columbia. During my third day, I wander all over downtown Vancouver and give you my unedited thoughts on the issues I had with the Opening Ceremonies.

Cubs Cheng here, once again. On Day 3 of my Olympic experience, I spent most of my day in downtown Vancouver.

Every day I’ve been sleeping in because of my cold. It works. Try it next time you’re sick. Just sleep all day and only get up to eat and use the bathroom.

I got up in time to meet Marcus for lunch at a Japanese restaurant called Kimono near Canada Place. Canada Place is that building that looks like white sails near the water and it’s where the Olympic press office is located. Marcus doesn’t usually work there but needed to be there prior to the Opening Ceremonies. Kimono’s grub was the first mediocre food that I’ve had on my trip. We only had an hour. It was nearby. You can’t win them all. 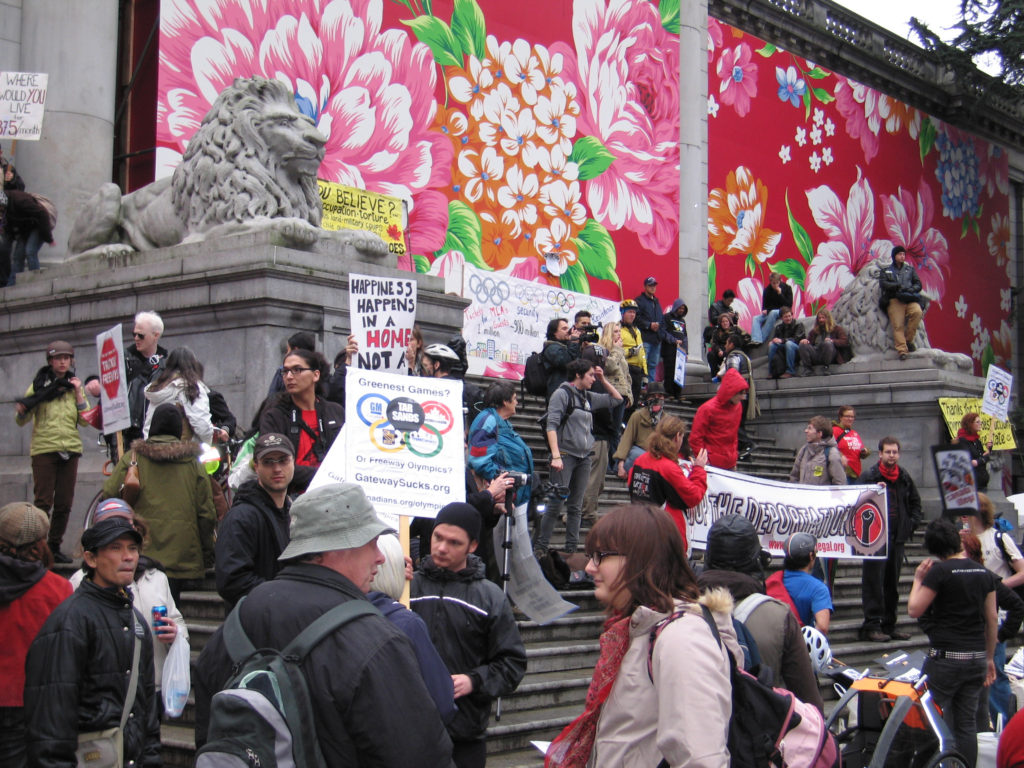 I wandered around downtown after lunch. I got really close to the group of protesters in front of the Art Institute and took a bunch of photos. They had great posters, reeked of pot and were peaceful. I thought, “Gosh, these Canadian protesters are so NICE. Not at all like Oregonians.”

I am glad I went shopping yesterday instead of today. I got some nice swag at Sears (Thomas, I got your t-shirt. Linda, I’m sorry but I couldn’t find any of your stuff. Sorry.) Even though I did not get into The Bay (Canadian Macy’s) where the Olympic Superstore is (the line to get in was INSANELY long and not moving), I was able to walk by it and take pictures of the huge Olympic posters without shards of Bay window glass flying around me and breathing in paint fumes (which is apparently what happened today). 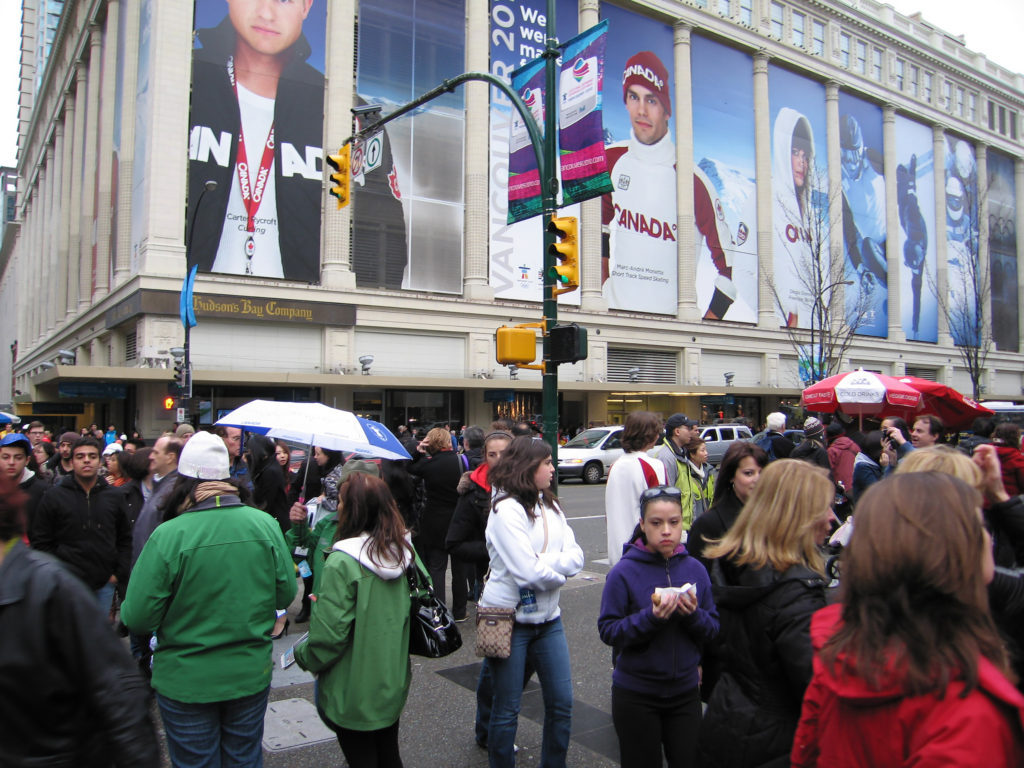 It was fun too to see people on a ZIP LINE in downtown Vancouver. Yes, zooming at least 15 meters from the ground were actual civilians having the thrill of their lives for FREE. There was tons of public art lining the sidewalks and just tons and tons of people. It was great people watching. I’ve never seen so much red and white clothing and accessories in my life.

After several hours of wandering and picture-taking, I went home to the condo to rest, eat beef teriyaki and chicken karaage leftovers, and watch the Opening Ceremonies for real.

Okay, I will TRY to be BRIEF (not my strong suit) about what I thought about the Opening Ceremonies even though I could really go off about it. 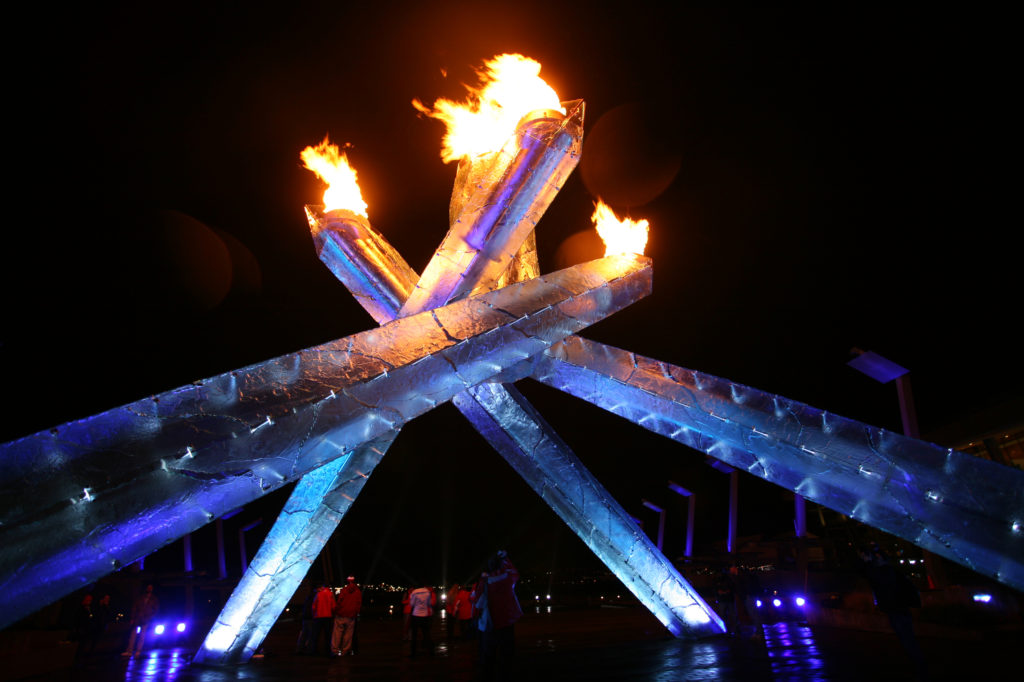 First, the coolest thing is that Marcus has been on a secret assignment as the Photo Supervisor for the Cauldron!!! That is why he’s been working loooong days and nights. He’s been coordinating photography at the Richmond Oval AND doing stealth coordination of the torch lighting by Wayne Gretzky on the waterfront.

Will Marcus’ resume be bulletproof after this month? Hell yes.

Second, the two best things about the Opening Ceremonies were the whales swimming through the floor (very cool projection) and k.d. lang looking very Elvis and belting out “Hallelujah” like a gold-medal winner. (Does anyone remember when k.d. first was first on Saturday Night Live and she was so into her singing that she actually fell backwards, purposely, on stage? That lady can sing.)

Okay, stop reading now if you don’t want to hear me get political. 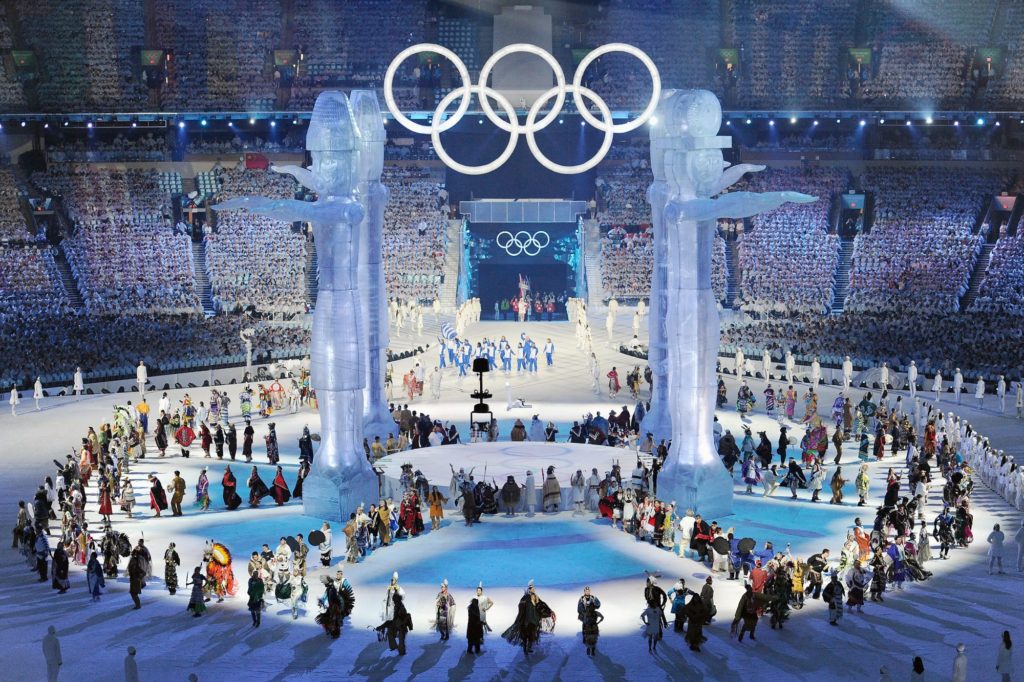 Third and finally, it was disturbing to watch hundreds of aboriginal people dancing non-stop while athletes paraded past them and a crew of white people dressed ALL in white surrounded them.

Did anyone else see how bad this metaphor was?

During the dress rehearsal, Marcus and I couldn’t believe it was happening. Later when we talked to Marcus’s journalist roommate Erik from Port Townsend the next day and asked him what he thought of the ceremony, he said the same thing without any prompting.

The aboriginal people were supposed to be HONORED by the ceremony but instead they had to dance for nearly an hour and a half while a crew of white people stood guard over them. I mean, they might as well have played over the loud speakers, “Dance, brown people, dance!”

Now I know. The Canadians are just as oppressive of their native people as Americans. We just don’t get all artistic about it.

Until next time, this is Cubs Cheng, signing off. Good night, and good luck.

Have you been watching the Winter Olympics in Beijing? If yes, what’s your favorite event?